Erina is the student council president of Yōgetsu High School. One day, when Soji first transformed into Tail Red, she was attacked by the Ultimagill the moment they appeared. Upon discovering Sōji and Aika Tsube were Tail Red and Tail Blue; Erina was given The "Yellow Hope" Tail Gear and transformed into Tail Yellow (テイルイエロー, Teiru Ierō?).

Erina has long, blonde hair tied into two side-twin-tails with black ribbons, she also put red pins making an "X" cross on her bangs. Her eyes are green in color. In school, she wears the same uniform as the other girls, except that the blue parts are red.

As Tail Yellow, she looks like a young woman. Her breasts are bigger, her butt grows a bit and she wears yellow and white armor. Because her armor consists of Buffalogildys attribute, she also has an upgraded set of weapons and whenever she transforms, it comes with an enlargement gaining bigger breasts and a bigger butt when she transforms.

As a member of the Shindo family, an esteemed family with a long-standing tradition and the student council president of Yōgetsu High School, Erina has a very lady-like personality, being polite and friendly to those she interacts with. However has an adoration for heroes that she keeps secret from the public and her family as well as exibitionist and masochistic tendencies hidden underneath the image of a perfect lady and her family tradition concerning twint-ails has strained her relations with the hairstyle as she blamed her twint-ails for being always treated like a pet or a child by her entourage, initially making it difficult for her to use Tail Yellow until Soji awakened her buried love for twint-ails along with her exihbitionist and masochistic natures.

Ever since she was a little girl, Erina had an obsession with heroes and throughout her life, she was always a massive fan that often visited the toy store to buy more super hero toys.

In Episode 1 the Ultimaguil attacked her to steal her twin tail attribute it was at this very moment Soji first transformed from an average 15-year-old boy to the young girl Tail Red by using the "Red Courage" Tail Gear.

She was saved by Tail Red and Erina thanked Tail Red gratefully. It was from this day Tail Red became her idol and she often made speeches about Tail Red at Yogetsu High School.

In Episode 5, Aika became depressed because she was disappointed that while Soji's Tail Gear changed his form drastically turning him into a young girl her Tail Gear had no major effect on her appearance and didnt give her what she wanted most: bigger breasts. Thouars developed the "Yellow Hope" Tail Gear that combined the user's DNA with one that had giant breasts in order to please Aika. But it didn't work for Aika no matter what she tried, because she had bonded with her 'Blue Love' Tail Gear.

By the end of episode 5 Soji was found out to be Tail Red and turns back in front of Erina, he then asks Thouars to give Erina the "Yellow Hope" Tail Gear since she has a Twintail attribute and it will help her to defend herself against the Ultimaguil that would attack her. It works and successfully transforms her whole body into the taller, big breasted, big butted Tail Yellow.

Soji Mitsuka - During the course of the series it is shown that Erina has developed feelings for Soji. In episode 8 of the anime ,Erina's mom said that she has to live the rest of her life with Soji making them technically "married". 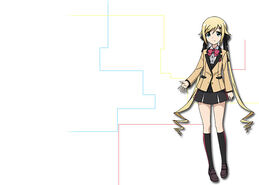 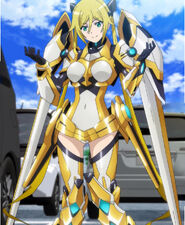 Retrieved from "https://ore-twi.fandom.com/wiki/Erina_Shindō?oldid=5328"
Community content is available under CC-BY-SA unless otherwise noted.